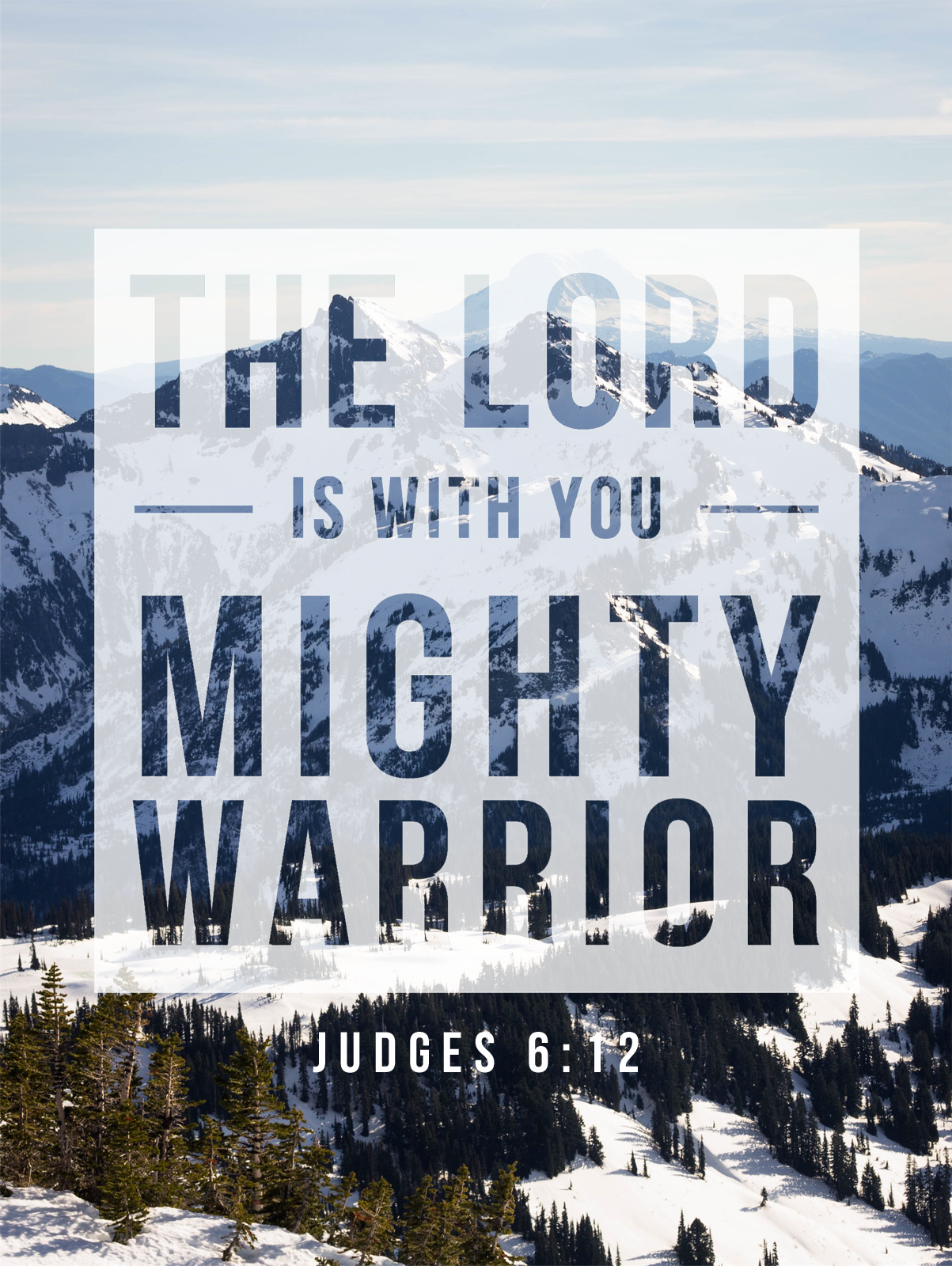 11 where his son Gideon was threshing wheat in a winepress to keep it from the Midianites.

12 When the angel of the LORD appeared to Gideon, he said, “The LORD is with you, mighty warrior.”

13 “Pardon me, my lord,” Gideon replied, “but if the LORD is with us, why has all this happened to us? Where are all his wondersthat our ancestors told us about when they said, ‘Did not the LORD bring us up out of Egypt?’ But now the LORD has abandonedus and given us into the hand of Midian.”

14 The LORD turned to him and said, “Go in the strength you have and save Israel out of Midian’s hand. Am I not sending you?”

15 “Pardon me, my lord,” Gideon replied, “but how can I save Israel? My clan is the weakest in Manasseh, and I am the least in my family.”

16 The LORD answered, “I will be with you, and you will strike down all the Midianites, leaving none alive.”(Judges 6:11b-16)

When the story begins, the desert raiders from Midian were in control of Israel. Whenever the Israelites managed to grow something, the raiders swooped in and took whatever they had grown. This sad state had been going on for seven years. No one would consider this comfortable, but many Israelites back then might have become resigned to this fate and decided to accept these circumstances.

In the midst of this atmosphere of fear and resignation, God appeared to Gideon. Anytime the Angel of the Lord is mentioned, it most likely refers to a pre-incarnate Jesus Christ. Notice what God called Gideon: a man of valor. In some versions, the Bible translates this as “mighty warrior.” God sees a person’s full potential, not just the person he or she is now, however hard it is to see.

Though God saw Gideon’s potential, Gideon did not. Twice Gideon tried to argue with God. Usually those arguments are losing ones. Argument one: “Oh God, if you are with us, how come we experienced so much pain and loss?” Argument two: “Oh God, why chose me to do your mission? I’m not qualified.”

The story of Gideon is just one of many, many situations in which God calls a person out to do His will for a specific mission. In the New Testament, Jesus called the twelve disciples while they were all living normal lives. For instance, Levi (better known as Matthew) was at his tax collection booth when Jesus called him. It was a good life with a steady flow of money. As another example, the fishermen—James, John, Peter and Andrew—had difficult jobs but steady lives. Jesus personally recruited them to become fishers of men and promised that He would be with them on that mission.

God has not changed. He loves us, frees us from sin, and wants to have a relationship with us. And just as He was with Gideon and the disciples, he will surely be with us.