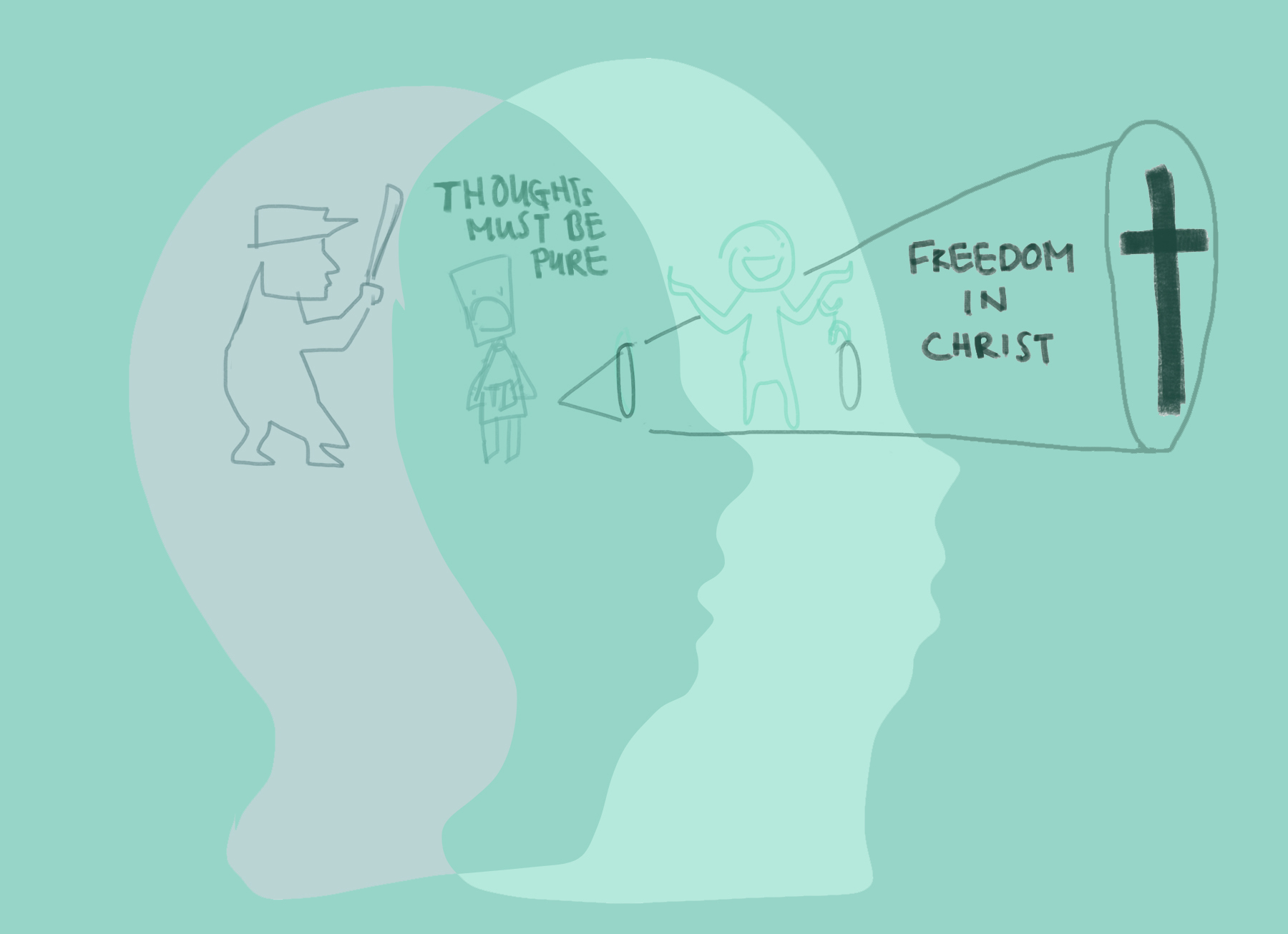 George Orwell’s dystopian novel ​1984 ​is set in a futuristic totalitarian regime, where human behavior and thoughts are regulated and under scrutiny by an oppressive government that employs the thought police​, known as Thinkpol, to control what people think.

As believers, we know that we are commanded to “take every thought captive to obey Christ” (2 Cor 10:5), but sometimes we take this to mean that Christians aren’t allowed to have any sinful thoughts at all! Ever. We can even go to the extreme in our application of this verse and become like the Thought Police in our attempts to purge “unbiblical” and “ungodly” thoughts from our own lives and the lives of others. We go around shooting people down for thinking certain sinful thoughts and, all the while, we forget to have an attitude of acceptance and grace.

I confess that I have, on occasion, been guilty of this. I have generally been very harsh with myself and at times with others. Usually my critical thoughts run something like this:

“Stop thinking that. You are a terrible person for having those thoughts!”

While we should definitely and routinely examine ourselves and our thoughts to see if they are aligned with the Bible, we should practice doing so through a lens of grace instead of judgment. Galatians 5:1 says: ​”It is for freedom that Christ has set us free. Stand firm, then, and do not let yourselves be burdened again by a yoke of slavery.

The reality for believers is that Christ has freed us from the bondage of sin; we no longer have to submit ourselves or others to a totalitarian regime, in which we behave as oppressors.

Rather, we can enjoy freedom of thought and speech ​—​the freedom to love God and pursue holiness and the freedom to occasionally fail ​— ​because Christ has already paid the penalty for all of our past, present, and future sins. And when we do fail to think rightly from time to time, the remedy to this is not to punish ourselves but to increase our thankfulness to God who has graciously saved us.

So let us relish in the freedom that we have.