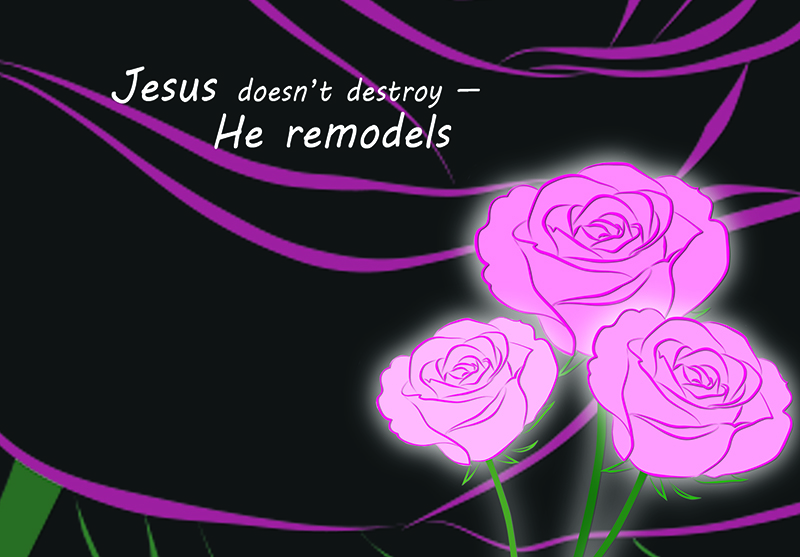 She was devastated when he died. She thought her life was over. With tear-stained cheeks and a distressed soul she sat before the empty tomb and wondered how she was ever going to move on. When Jesus died, Mary Magdalene thought life would never be the same.

If we’re honest with ourselves, we’ve all been in Mary’s shoes. No, we haven’t sat before Jesus’ empty tomb, but we’ve most likely thought our life was over because of a circumstance: a bad grade, a breakup, a rejection letter from our dream college, the loss of a job, or worse, the loss of a loved one. How many times have we thought, like Mary, “My life is over.”

In our hurt and sadness, it can be difficult to see the light at the end of the tunnel. But what we must realize is that as long as we’re on earth, and until we’ve crossed the threshold of Heaven, life is never “over.” Rather, it’s continually being made new and improved. Jesus doesn’t destroy—he remodels.

What Mary Magdalene thought was the end, was really just the beginning. When Jesus died, Mary thought it was the end of a friendship. Little did she know it was the start of a new, eternal one. The empty tomb was a symbol of hope, not hopelessness.

The other day, I went outside and found my mom cutting off all the roses from the bushes in our garden. One by one, the flowers fell to the ground, and I saw our backyard go from beautiful to barren. I asked her why she was doing that. “They’re so perfect and pretty,” I told her. She sighed and said that up close, they were withered and brown. She said that the old ones had to be cut off so that new ones could grow back. “But the garden looks so plain now,” I said. “It will be beautiful again,” she said. “In due time, it will be beautiful again.”

Just like a rose in a rose garden, certain situations, circumstances, relationships—you name it—must be pruned, so that in due time, something healthier can grow back in its place. And just like Mary at the tomb, what we perceive to be the end, is really just the start, and what we perceive to be a problem, is really just God’s way of fixing one we weren’t aware existed.