Day 13: Our Story in Christ’s Story 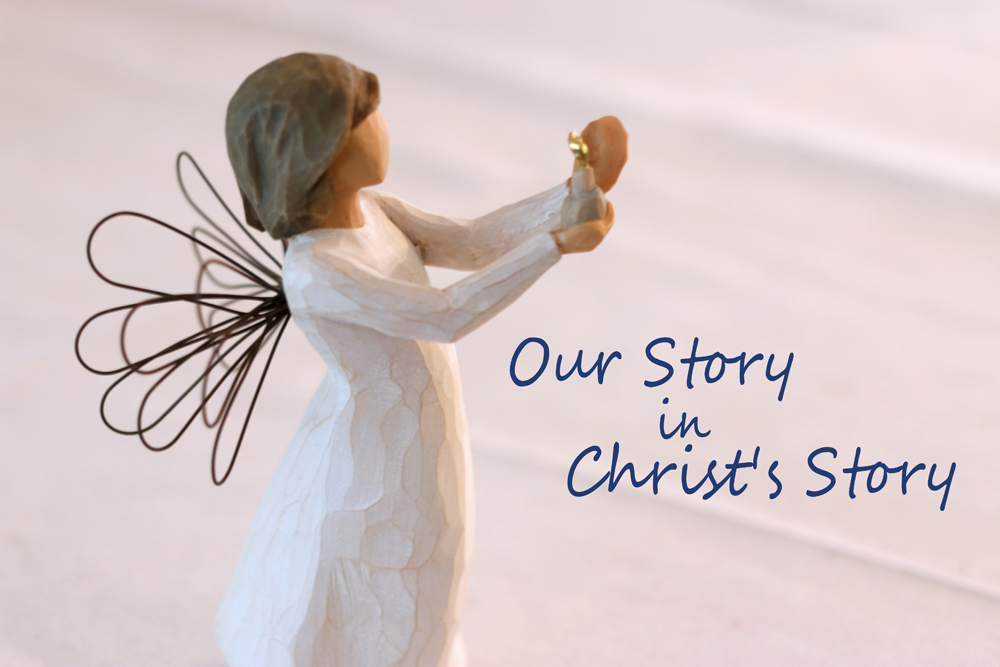 “When Joseph woke up, he did what the angel of the Lord had commanded him and took Mary home as his wife. But he did not consummate their marriage until she gave birth to a son. And he gave him the name Jesus…” -Matthew 1:24-25

One day in Joseph’s life, everything changed. He was ‘betrothed’ to Mary, in good standing within his community, and Scripture tells us that he was a righteous man, “faithful to the law”. He lived at a time in Israel’s history when they had not heard from God for about 400 years, and suddenly an angel of the Lord appeared to Joseph in a dream.

This turn of events could have been very upsetting to Joseph. Later in his life he might have felt like he wasn’t getting very much credit for being good and obedient, but it seems that Joseph maintained a different perspective. Joseph obeyed the Angel’s command to “not be afraid to take Mary as [his] wife because what is conceived in her is from the Holy Spirit…” and he gave him the name Jesus. God’s Word tells us that when he woke up, Joseph simply “did what the angel of the Lord had commanded” and “All this took place to fulfill what the Lord had said through the prophet.”

As Jesus grew up, Joseph continued to obey the Lord and moved from place to place as the Lord commanded him without complaint or doubt. It was as if Joseph had little concern for how his own story would turn out, and was focused on obeying God’s plans instead. Joseph can be an example for us today as we face changes and unexpected challenges throughout life. Though people around us may try to find their identity in their own accomplishments or plans, we can know that our story only makes sense in the bigger story of who Jesus is.

About the Author
Geoffrey Hughes grew up in Northern California and now lives in the Los Angeles area. He received his Bachelor of Arts from Biola University, where he majored in Intercultural Studies with a concentration in TESOL and a Biblical Studies minor. He is a CA real estate agent currently, and hopes to work with youth someday.

About the Artist
Currently pursuing a master’s degree in Spiritual Formation from the Talbot School of Theology at Biola University, Phoebe Ng also serves full-time as the Project Manager of RE:NEW. Having graduated from UCLA with a bachelor’s degree in English, Phoebe is passionate about leadership development and has been serving in various ministry settings since 2006, including campus ministry, Christian gaming, church administration, and writing a full-length novel. She loves being an English Ministry Intern at Cantonese Baptist Church of Los Angeles and enjoys playing video games, Legos, and guitar in her non-existent spare time.