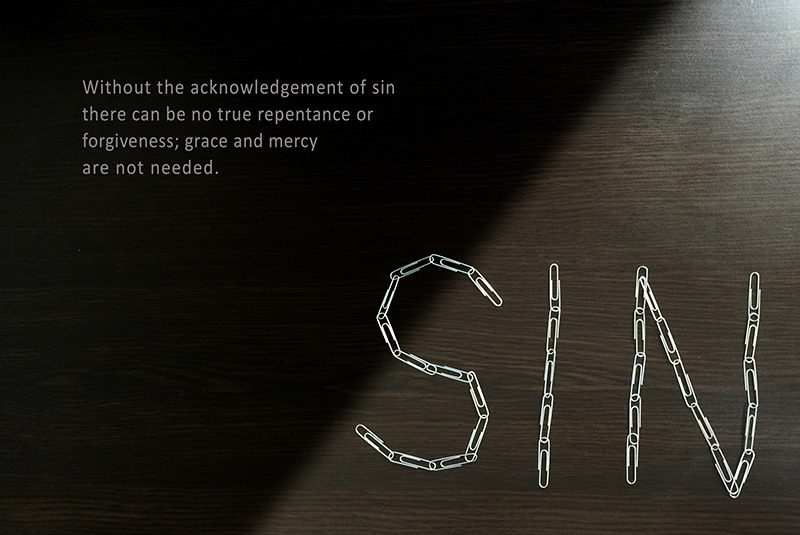 I used to think that extending grace to people meant overlooking or covering up their mistakes. It meant pretending like offenses did not offend me and, really, whitewashing sin. After all, if I admitted that someone hurt me, it meant I’d have to acknowledge all of the painful, uncomfortable emotions that came along with being so vulnerable. And that meant that the sin in my own heart would also be uncovered, especially if I hadn’t forgiven that person.

Sin is sin, and there is no way around the fact that sin deserves death (Rom. 6:23). And, as much as I try to overlook the parts of the Bible that depict God’s wrath, it’s very clear that he is a God who detests sin. He said he was against the prophets of Israel who led his people astray by saying there was peace when there was no peace and who covered flimsy walls with whitewash. These prophets prophesied out of their own imagination. We may not all claim to be prophets, but I know that I can relate to the more subtle yet very real power struggle between me and God. Sometimes it feels like I’m negotiating with God and want a relationship with him on my terms; I want a God who is created in my image—one that I can control.

Our God, who is an all-consuming fire, cannot be controlled by man, yet he chose to lower himself to become like us and sacrificed his very life to save us from our sins (Philippians 2:6-8). After all, sin is a distortion of his true design for us, and he came to set us free from such distortion.

When God, through Ezekiel, spoke of tearing down the whitewashed wall—leveling it to the ground so that its foundation was laid bare—and destroying the foolish prophets along with it, it makes me think about how often my own foundation has been laid bare and the wall I built has been destroyed. But the beautiful thing about living in the shadow of the cross is that God, in his great mercy, never fails to bring life from my death to self.

Without the acknowledgement of sin there can be no true repentance or forgiveness; grace and mercy are not needed. But if we confess our sins, he promises to forgive them and to cleanse us from all unrighteousness (John 1:5 – 2:2).

My friend likes to remind me that we live in a fallen world and that people, including myself, don’t act right. That means that an authentic life is one that offers opportunity after opportunity to be forgiven and to forgive.

About the Author
Originally from the L.A. area, Jessica Doong now lives in a town of 7,000 in rural Arizona, where she’s learning how to be herself and to love fearlessly. She is deeply troubled by the brokenness she sees in the world around her and hopes she can be different enough to make a difference in a world that seems to grow continually darker. She loves working with kids, writing, drinking tea, and dancing.

About the Artist
Carol Li worked in administration for various companies before coming to Presence as a full-time staff in 2012. Having studied Art in Graphic Design, she now also helps to produce many of Presence’s visual materials and video clips. In her spare time, she enjoys playing badminton, singing, dancing and reading.